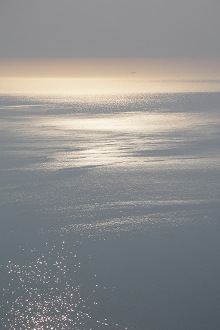 Two essential attributes of God are infinity and eternity.

According to Einstein, space and time are not separate. He calls it the "space-time continuim". What you perceive externally as space and time are ultimately illusory, but they contain a core of truth. They are the two essential attributes of God, infinity and eternity, perceived as if they had an external existance outside you. Within you, both space and time have an inner equivalent that reveals their true nature, as well as your own.

That stillness and vastness that enables the universe to be is not just out there in space - it is also within you. Within you, it is vast in depth, not in extension. Spacial extension is ultimately a misperception of infinite depth - an attribute of the one trancedental reality.