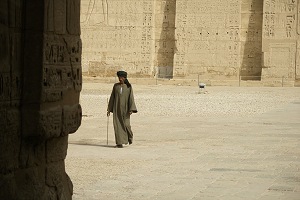 I know there is a world, which includes this body and this mind, but I do not consider them to be more "mine" than other minds and bodies. They are there, in time and space, but I am timeless and spaceless. I am neither the potentiality nor the actualisation, nor the actuality of things. In my light they come and go as the specks of dust dancing in the sunbeam. The light illumines the specks, but does not depend on them. Nor can it be said to create them. It cannot be even said to know them.

Nothing happens to me. Everything just happens.

All the objects of consciousness form the universe. What is beyond both, supporting both, is the supreme state, a state of utter stillness and silence. Whoever goes there, disappears. It is unreachable by words, or mind. You may call it God, or Parabrahman, or Supreme Reality, but these are names given by the mind. It is the nameless, contentless, effortless and spontaneous state, beyond being and not being.

This state is entirely one and indivisible, a single solid block of reality. The only way of knowing it is to be it. The mind cannot reach it. To perceive it does not need the senses; to know it, does not need the mind.

All is a play in consciousness. All divisions are illusory. You can know the false only. The true you must yourself be.

There are the two - the person and the witness, the observer. When you see them as one, and go beyond, you are in the supreme state. It is not perceivable, because it is what makes perception possible. It is beyond being and not being. It is neither the mirror nor the image in the mirror. It is what is - the timeless reality, unbelievably hard and solid.

When you believe yourself to be a person, you see persons everywhere. In reality there are no persons, only threads of memories and habits. At the moment of realisation the person ceases. Identity remains, but identity is not a person, it is inherent in the reality itself. The person has no being in itself; it is a reflection in the mind of the witness, the 'I am', which again is a mode of being.

Energy comes first. For everything is a form of energy. Consciousness is most differentiated in the waking state. Less so in dream. Still less in sleep. Homogeneous - in the fourth state. Beyond is the inexpressible monolithic reality, the abode of the enlightenment.