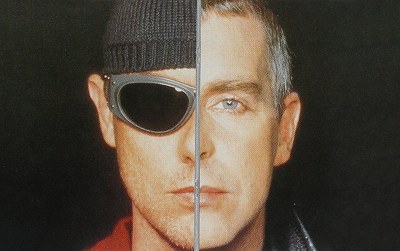 Out of bed, at half past ten
The party animal phones a friend
Picks up news about the sun
And the working day has just begun

Drive the car, if you're with me
Che Guevara's drinking tea
He reads about a new device
And takes to the stage in a secret life